A two-player game about forbidden love

Star Crossed is a two player roleplaying game about really, really wanting to, when you really really can’t.

Craft characters who are powerfully attracted to each other, but have a compelling reason not to act on their feelings. You’ll watch the attraction between them grow as you play out scenes, taking turns describing what your character says and does. Some of the things you’ll want your character to do are going to increase that attraction — and when that happens, you are going to pull a brick out from an increasingly shaky tower and place it on the top.

Playing Star Crossed will feel like being pulled in two directions at once — like when your head and heart are telling you two different things, or when what you want and what you believe in are impossible to reconcile. The game is simple, quick, and filled with delicious moments of excitement, tension, and occasional heartbreak.

The rules are simple. Take out your Jenga set and construct a tower. Pull tiles according to how fated your love is. If the tower falls, your characters act on their feelings. Of course, that tower may never fall.

Will your love be doomed, triumphant, or something in-between?

“The stories are sweet, sad, and sexy as hell. Playing feels like falling in love. I have only played one game so far, but it left a profound impression on me. It’s one of those games that proves how beautiful roleplaying is as an art form. Also, there is kissing.”- JAMES D’AMATO  (THE ONE SHOT PODCAST NETWORK) 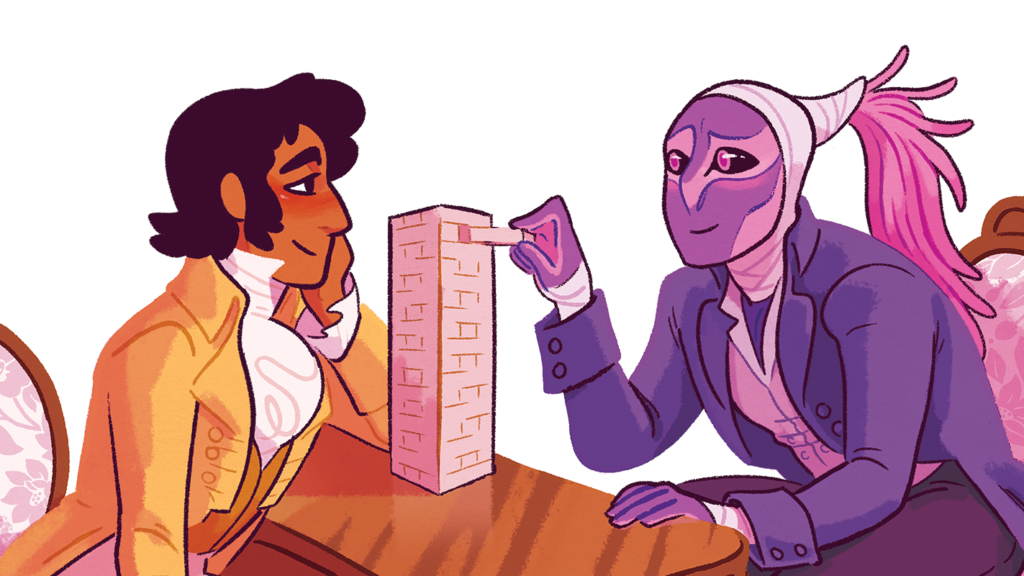 One Shot Podcast – A logging surveyor and a mysterious cryptid.

Pod of Love – Two gym bros with a special connection. Will their love make gains?