Skip to content
View cart “Sleepaway” has been added to your cart.

Introspective heroic fantasy and kids dodging bullies at school — two new perspectives on the classic High Fantasy genre. Venture & Dungeon features two games in one book that use the Belonging Outside Belonging game engine. No Dice and no GM; instead each person has a player character and equal control over the story.

by Riley Rethal
A game of introspective heroic fantasy.

Venture gives us magic-filled forests and looming castles, champions in shining armor and vagabonds with dazzling charm, markets of ill-repute and duplicitous authorities, and uncaring gods high above always asking, “What do you do next?”

In Venture, we will play as a group of adventurers traveling through a fantasy world, making their way across the terrain while learning about themselves and each other. They will meet townspeople with storied cultures, criminals with shady agendas, mages with esoteric power, and a strange darkness encroaching on the horizon.

We’ll play an adventuring party of a traditional fantasy story, but framed in a way that shifts the perspective, focusing on the inner lives of the characters. The game is written to encourage players and characters to think about who they are, what they are doing, and why they are doing it. What does it mean to be a Cleric with a personal relationship to a deity? How does it feel to create magic out of nothing as the Wizard? Venture is a game about understanding the archetype through the character, and understanding the character beyond their archetype. 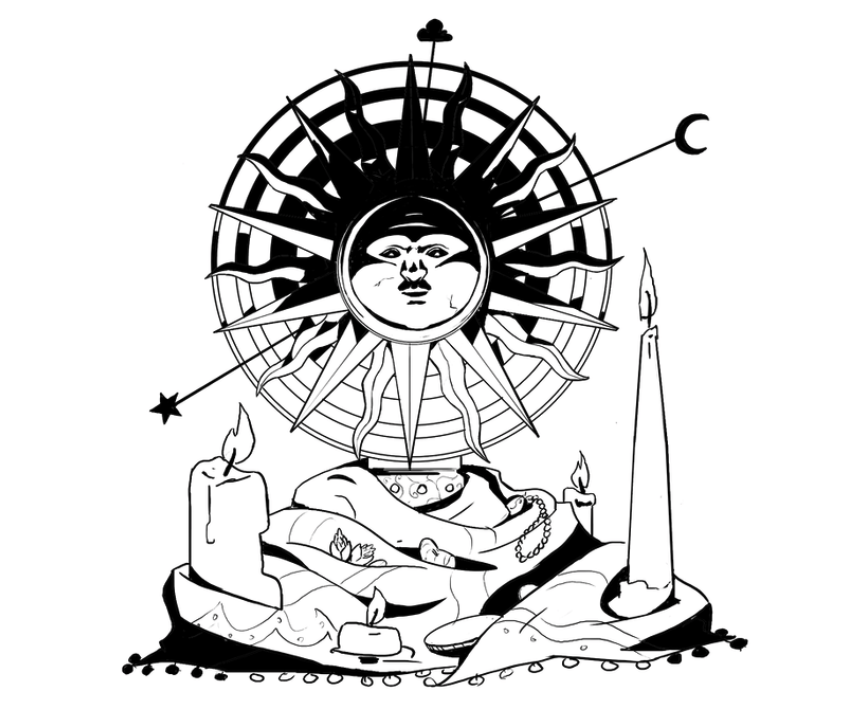 by Jay Dragon
A game about teens playing games of their own.

Dungeon gives us trap-riddled school hallways, dragons in the boiler room, the endless grid of suburbia, doodles of monsters in the margins of planners, and a grinning game master always asking, “What do you do next?”

A game about recapturing the experience of enjoying traditional fantasy narratives. You play a group of young kids playing Dungeons & Dragons while grappling with the perils of high school, and how these things can intersect.

In Dungeon, we will play as a group of teenagers on the verge of the greatest danger of their lives, whether that danger is the vast dungeon they explore once a week, or the existential terror of high school. They’ll need to confront mocking skeletons, surveilling monstrosities, bloodsucking bullies, and (of course) the dragon atop its throne of gold. And all they’ll have is an old and battered sourcebook, and each other.